Butch is the third member of The Rowdyruff Boys. He is Buttercup's male equivalent and evil counterpart and was originally created by Mojo Jojo. After being killed by the Powerpuff Girls' kiss of death, he was revived by HIM and was given a cootie shot to prevent the same mistake to be repeated. While Buttercup's color is bottle green, Butch is more like a forest green. Butch's element is "Snails". In Butch’s first appearance his was calmer, cooler, and more conformed, and often silent as he didn’t open his mouth while Brick and Boomer were agreeing with Mojo. He did not do anything except what his brothers were doing such as screaming after crashing into the pavement. He did however make a joke about burritos they apparently had, he and his brother pranked Mojo by pouring what is assumed to be Gatorade on him. After his reincarnation he becomes the polar opposite of his former self he becomes borderline psychotic, jolly, violent, and somewhat wacky. However his pranks are made more prominent but in a more criminal way such as graffiti. Also he exceeds Buttercup in both bloodlust and rage. While all three boys love to wreak havoc, Butch enjoys it the most. His hyperactivesness has a tendency to make him twitch.

Just like the rest of The Rowdyruff Boys, he is not shown to be in love with anyone. He is also not seen to be interested in love. But unlike Brick, Butch may be not that sexistic as he does. Brick was the one who was talking with Princess Morbucks the most, Butch and Boomer didn't say anything, they were just smirking, just like they didn't have anything to say about it. There is a chance that he could like girls, but for now it is not confirmed (I mean, they didn't say anything about it). Many people headcanon him as pansexual or demisexual though. It also depends on the person and on the ship the person ships. If somebody ships a straight ship with Butch that they will most likely not headcanon him as gay. 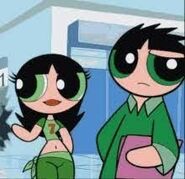 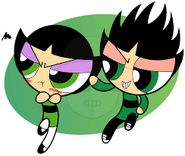 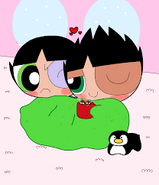